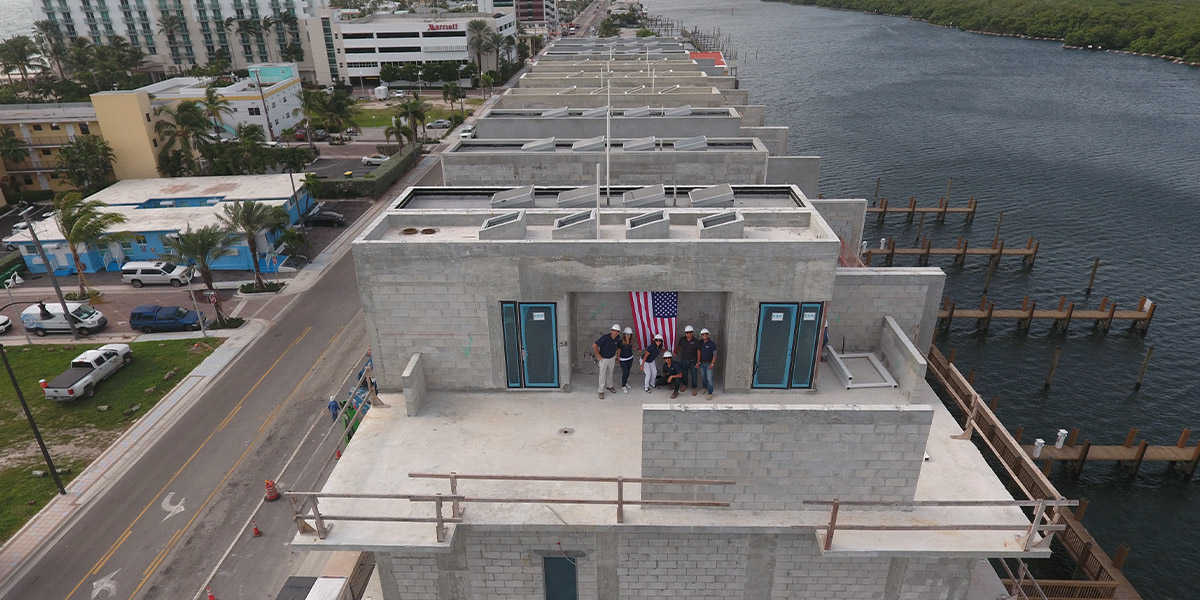 MIAMI, FL – September 18, 2019–  Luxury development with a private marina, QUINT Collection Hollywood, has officially topped off. With only a few months from completion this collection of waterfront residences, the first of its kind in Hollywood FL, is expected to set a new standard in the up-and-coming neighborhood.

”We are thrilled to achieve this important milestone on the construction of Quint Collection. Topping-off this unique development not only reflects teamwork and the success of all parties involved,but also the level of commitment our company has towards delivering a product of quality. The level of details entailed on this luxury residential project is an indication of the forthcoming complete satisfactions future unit owner’s will have.” Stated Jesus Quintero, CEO and Founder of JQ Group of Companies – the developer behind QUINT Collection Hollywood.

According to the latest report from the Miami Association of Realtors for 2019; family home, townhome and condominium purchases in Broward County represent 31% of the overall foreign investment,  a steady increase from 18% in 2015. Hollywood’s growth is reflected when compared to more perceivably established markets in Miami-Dade and Palm Beach counties with 34% and 29% of foreign investment, respectively.

QUINT is a real estate brand delivering sophistication with a focus on simplicity and authentic modern living. Every QUINT project is thoughtfully designed and inspired by the geo-specific characteristics of its surroundings. Owned and operated by JQ Group, QUINT represents extraordinary living that elevates everyday life.

JQ Group, a Miami-based real estate owner and developer specializing in residential, commercial, and hospitality projects across Southern Florida. As entrepreneurs driven by an innate need to create, build and transform, JQ Group seeks new opportunities with the objective of bringing social value and improvement. Tackling projects with determination, innovation, and perseverance, JQ Group’s global outlook allows their passion for transforming communities to guide each venture. Every project is driven by the positive impact higher standards of living have on future generations. JQ Group offers an attractive stack of capabilities including construction management, financial structuring of all its developments, sales, marketing, and community outreach. In the last decade, JQ Group has gained recognition within its sphere of business as a leader in the construction industry.