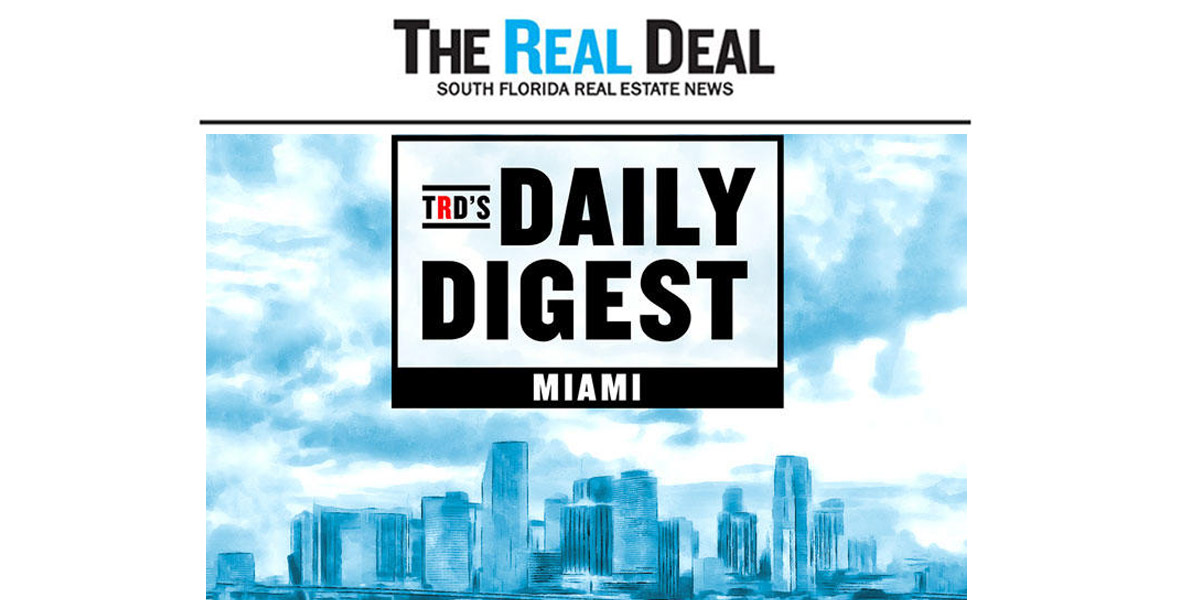 Every day, The Real Deal rounds up South Florida’s biggest real estate news, from breaking news and scoops to announcements and deals. We update this page throughout the day.

A tax hike in Fort Lauderdale will bring in an extra $10.3 million in property taxes to the city. On Tuesday, the Fort Lauderdale commission approved next year’s tax rate and a nearly $373 million general fund, according to the Sun Sentinel. Homeowners will pay an additional $22.50 per $100,000 in assessed value for the fiscal year that begins Oct. 1.

JQ Group topped off construction of Quint Collection Hollywood, a luxury condo building in Hollywood. The 57-foot, five-story development will have 10 units starting at $2.9 million, and a private marina. Units, ranging from 4,650 square feet to 5,137 square feet, will include at least one boat slip, and terraces with outdoor kitchens and hot tubs.

A mixed-use development in Pompano Beach’s Old Town District is the first to secure financing under the city’s CRA program. Old Town Square, a 10-story, 282-apartment project being developed by Cavache Properties, was approved to receive a $7.8 million tax financing incentive. The $63 million project will be built on nearly 2 acres of land on the east side of Northeast First Avenue, between Northeast Second and Third streets.