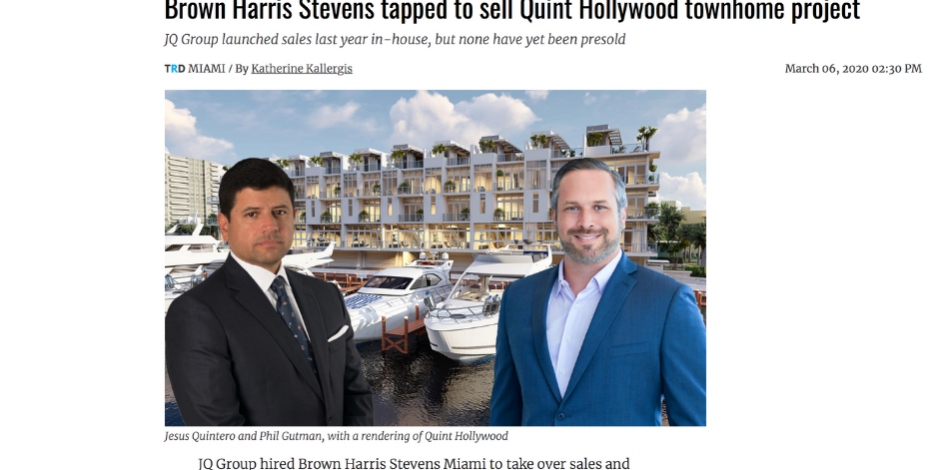 JQ Group of Companies, led by Jesús Quintero, has partnered with other developers on projects that include Midtown Doral and Centro in downtown Miami.Therealdeal.com